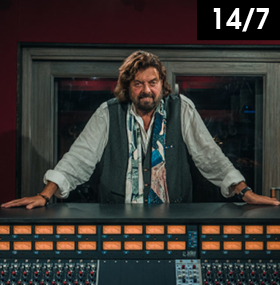 ALAN PARSONS LIVE PROJECT, ONE OF THE MOST OUTSTANDING AUTHORS OF PROGRESSIVE ROCK

Parsons started out in the industry as a young guitarist for blues bans, but it wasn’t until he got a job as a music engineer at the age of 19 at the famous Abbey Road Studios that his music career really began.

Nowadays Parsons is worldwide known for participating in memorable albums such as the last two from The Beatles, ‘Abbey Road’ (1969) and ‘Let It Be’ (1970), working later for Paul McCartney, among many other artists. Although it was with Pink Floyd’s ‘The Dark Side of the Moon’ (1973) when he made the big leap, which led him to work as a producer for John Miles, Al Stewart or Steve Harley.

In 1975, Parsons decided to launch his personal project ‘The Alan Parsons Project’, together with Eric Woolfson, with whom he released 11 studio albums. In 1990 he began his solo career, with which he has recorded up to five studio albums to this day. The most recent one, ‘The Secret’, released in April 2019, has taken him back to the top charts around the world.

It will be a very special night to be delighted by this music talent, on Wednesday, July 14th at Starlite Catalana Occidente.